Over the next few weeks I'll be completely overhauling the Wordpress portion of the site, starting tonight with an upgrade to the forum integration. This means I'll need to shut down the site for about an hour or so, but I'll make sure to do this at about 2am when there are far less people online.

If anyone has any ideas for what they want in the new front-site, I'm all ears. 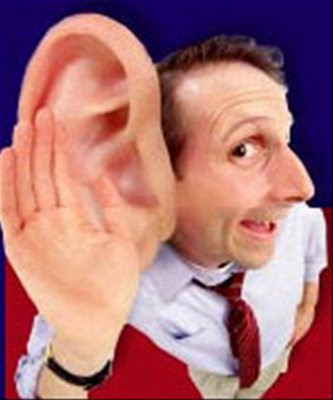 Sorry for being thick, but I'm not sure what you mean by the "Wordpress portion of the site". Can you explain please.
All For One and One For All!

Hi Preston, go to the top of your screen, and you will find a link to WordPress Blog up there near User Control Panel.
Member Number 3 of the "100 Free Films in 2018 Club"

Ahhha! So that's what that bit is called

Sorry, yes I have seen it before but must say I don't really go there that often. Not wishing to offend anyone, I thought it was a redundant part of the site, as it looked as though it was not really being kept up to date. I am willing to bet that a fair proportion of even regulars are unaware of its existance at the moment - You are calling it a front end... but I bet most people come direct to the forum index and never pass through it!

I guess though that there is an opportunity to be had by developing it further. As to what I would like to see in it......

Well, I wasn't the greatest fan of the ShowFilmFirst site especially when it first arrived - but that said I have grown to like the ability to link to its trailers for upcoming films. Is it possible that you could include something similar here AYBG? But maybe make it a little more discreet - like not having trailers on autoplay but only available when clicking on them. Also some text background information for new films (like that which people often cut and paste as the start of film entries in the Film Discussion thread) on the forum.

It may be good also to have links to useful film resource/info sites such as "IDBM?" or whatever it is really called. A schedule of soon to be released films in tabular form showing dates would be good.

Maybe you could publish film related articles and news written by FMUKers and have links to some of their own blogs if they were any good too! (I'm thinking of your own and also Ethan's film related blog here).

Also this site is a great pool of film savvy and enthusiastic movie individuals - maybe if you approached Odeon and Vue (and others) marketing they would sponsor some regular competitions (that you could hold on the FMUK front end) and provide prizes of tickets and merchandise. This would drive FMUK regulars to visit the front page more often.

Is this the kind of stuff you had in mind?

LOL - Sorry about that braindump! I admit that I'm prone to get carried away...

But at the moment the "Front-end" isn't really a front end is it? Nobody has commented on the trailers that are there which tends to suggest that it doesnt get much traffic. They are not a comprehensive list of what is coming - they need to be kept up to date. People need to be made more aware of the Front-ends existance and they need reasons to visit it more regularly.

This site will allways be better than any of the Show/ See Film First types because of the passion for film that its members have! We are a community - they are just ticket distribution!!

Well you did ask for input!! LOL.

All For One and One For All!

Preston1990 wrote:I am willing to bet that a fair proportion of even regulars are unaware of its existance at the moment

True. I'm hoping that can change because the plugin I'm upgrading tonight enables us to do so much more with it than we do atm.


Preston1990 wrote:Well, I wasn't the greatest fan of the ShowFilmFirst site especially when it first arrived - but that said I have grown to like the ability to link to its trailers for upcoming films. Is it possible that you could include something similar here AYBG? But maybe make it a little more discreet - like not having trailers on autoplay but only available when clicking on them.

Yeah, I used to do that but as you (correctly) point out I stopped updating after a point. It was rather time consuming, especially having to change the categories from "Upcoming Previews" to "Past Previews" after a given date. But I've found a plugin that could do that automatically, so we could bring back the trailers if there are volunteers to help. Also, descriptions and imdb links are a great idea. It would take 5 minutes at most per front-site post, I reckon, so in theory when someone sees a new film posted in Free Films (that hasn't got a front-site post yet) they could make it there and then.

I could do RSS sidebars for FMUK members' blogs, that sounds good, though I wouldn't have the foggiest of how to organise competitions like that.
Top 50 Poster!
Top
Post Reply
235 posts

Return to “This Site”