Re: email re imagine that

Beate wrote:it was a duplicate.

thanks beate...was getting myself confused! lol
Top

We went to see this at Breahead this morning. Not the best children movie I've ever seen but funny enough in parts and it amused my 6 year old. I did like the fact that it was quite an old fashioned type family movie with no whizzbang effects.
Top

I saw this at the Odeon, Silverlink, earlier today. We caught them on the hop - no one seemed to know which screen to put us in. Then we were left in the dark - literally, and at 10.45am, I went to find someone and asked if they were going to start the film. We could have still been there - no one seemed to know what was happening. Eventually, a young man made an apology to us and said the film would be starting soon, and without further ado, it did. Frankly, I found it very disappointing. It was standard Eddie Murphy fare, and although there were some funny moments, it was a let-down. I had gone along with fairly low expectations in any case, and was not surprised to find the film lived down to them. The little girl, who played the daughter was cute, and did a fine job. There were several cameo roles by American basketball or baseball stars - this was of course, lost on me.

I read yesterday that Eddie Murphy was the 5th highest earner in Hollywood last year - and I have to ask the question - how?

A so-so family film which would probably be okay to watch on a wet Sunday afternoon but nothing special. The storyline has been played out many times before - The Game Plan immediately comes to mind - and the antics of Eddie Murphy have been seen in most of his film before.

I went with two young teenage boys who both said they would have preferred to stay in bed!

A disappointing 5/10 from us on this one.

i took 2 7 year old boys and a 3 yr old. the youngest fell asleep and ds1 was bored silly. However boys being slugs and puppy dog tails loved the "poo poo wee wee caca" scene and proceeded down kingston high street shouting it at the top of their voices.
Eddie was THE MAN in the 80's BH cop and 48 hrs but the family movies excluding nutty professor have been pretty hit or miss.

We saw this one at Leeds Light...did we miss you Steve?

The film had some amusing bits with a few laugh-out-loud moments but was sadly a bit of a miss, so only a 5 for me...my son (8) gave the film a 5 too saying he was bored at times but like anteena1's boys laughed to the poo poo wee wee caca scene. My daughter (6) liked it more, she loved the father/daughter relationship bless her, she gave the film an 8. So as a family film we come out with a 6.

Worth a watch but i would not have been impressed if i had pa*d full price for these tickets. 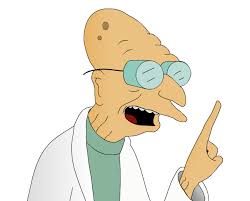 Good news everyone I've invented a device that makes you read this in your head in my voice!

I never do sunday mornings, i'm still in bed.

and then be forced to help name his new character's and their moves (game he has created) like hydro man, tornado crash, splinter smash, hammer crash....i know not that good but it was early

Good news everyone I've invented a device that makes you read this in your head in my voice!

Saw this at Odeon, Greenwich. I was asked for i.d. for the second time ever at a screening(and the previous time was yesterday at a Cineworld woolworths screening of Bolt).
The lady that checked my i.d today said that they don't usually bother but she had been specially told to do it today.

The cinema was very empty, only about 20% full. Having seen the film, I now understand why. It certainly didn't come up to my expectations and I cannot understand who the target audience are meant to be. In order to follow the plot you really need to understand what trading on the stockmarket is - no wonder the kids in the cinema seemed bored.
It would be interesting to see what I ended up having to go out for some pick and mix halfway through the film in order to keep my 6 year old companion happy. I don't know what we missed whilst we were queueing for sweets but I am sure that couldn't have been anything spectacular.

It will be interesting to see what adults that saw it without moaning kids thought of the film. No doubt Beate will give us her verdict when she is back online - I didn't get the chance to ask her when I saw her as she was more interested in finding out if she was missing anything on the forum!